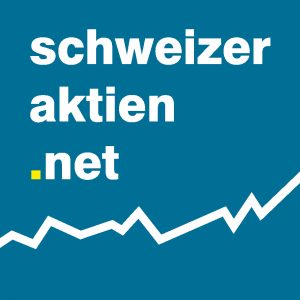 Despite summerlike temperatures in the month of April that is usually known for rather changeable weather, 228 shareholders (representing 52.64% of the stock capital) showed up at the Zofingen Civic Hall (Stadtsaal) to attend the 115th Annual General Assembly of the Siegfried Holding. They were welcomed by a good-humoured Dr. Andreas Casutt, President of the Board of Directors.

The sales volume in year 2016 was actually doubled, as a result of substantial acquisitions accomplished in 2014 and 2015, whereas the increase achieved in 2017 is based on solid and sound internal growth. Synergy potentials from acquisitions were effectively implemented and contributed to generating an EBITDA margin of 15.2%, within the targeted range of 15 to 20%, and even one year earlier than planned.

Nonetheless, Casutt sees room for further improvement. And this prompted him to talk about low-hanging nuts. In last year’s general assembly, Casutt had quoted a Russian proverb, according to which God gave us the nuts for free, yet it is our job to do the cracking. The duties of implementation and integration, both crucial to success or failure of acquisitions, have been completed successfully. „The nuts have been cracked“, according to Casutt. However, there are more lower hanging nuts, yet to be harvested, some fine-tuning work, so to say, to further improve the result.

The supplier market for the worldwide pharmaceutical industry continues to be highly competitive, and consolidation in this business keeps its momentum. This means that Siegfried must actively defend its position in the top group. A critical size would be required to achieve this goal. Therefore, eyes must be kept open to look for adequate takeover targets. Casutt explained, however, that the strategy team headed by Dr. Wolfgang Wienand did not come across any appropriate takeover candidates last year, despite intensive search. Either the price was too high or the facilities concerned were virtually empty. Obviously, there still remain nuts that need to be cracked.

Nevertheless, Siegfried has managed to uphold the critical size. The company disposes of nine business locations, six of which are operating in the business sector of pharmaceutical chemistry, three in the business of finished formulations. The erection of a new plant in Nantong, China, has improved the competitiveness, as Casutt said.

Sticking to the Basic Elements of the „Evolve“ Strategy

CEO Dr. Rudolf Hanko was in a position to announce a net profit increase of 42.4% to a level of 39.7 M CHF. This is also to the benefit of shareholders, who gave their consent to the proposed dividend rise from 2 CHF to 2.40 CHF with a voting result of 99%.

The perspective for the future is being judged positively: The so-called CDMO market for active agents has grown steadily over the past years, and the growth is expected to continue in the coming years at a rate of 7-8%. With regard to the custom manufacturing market for ready-to-use formulations, the outlook is even better, as this business sector is supposed to grow by 10% in fact, as Hanko added. The strategy „Evolve“ will be pursued through the coming years, with focus on its two key elements, namely working on the critical size and adhering to the function as provider of both, chemical and pharmaceutical competencies on the highest level.

Dr. Rudolf Hanko is confident that the Siegfried Group will continue to grow in year 2018, assuming a stable currency situation. The medium-term objective is to reach sales revenues of 900 M CHF. The EBITDA margin shall be further improved, aiming at the upper end of the targeted range between 15 and 20 percent. A solid basis has been laid for the coming phase of corporate development. This was the closing statement of Hanko’s address.

But yet, there is a small “downer” in the otherwise brilliant success record. The Zofingen production site had a negative impact on the operating income of the Siegfried Group in year 2017. In this regard, Boards President Andreas Casutt referred to the extremely high costs incurred in Switzerland. An investment volume, spread over the period from 2013 to 2019 and totalling more than 100 M CHF, shall make this location competitive again on the corporate level. Casutt himself is determined to do his utmost to ensure that Zofingen does not only remain headquarter but also production site.

One shareholder made a critical comment with regard to the fact that the Zofingen staff received no pay rise in 2017, despite the good corporate overall performance. Both, Board of Directors and corporate management, are aware of this problematic issue.

Rudolf Hanko indicated that the transfer from the current facilities to the new premises will be completed in the course of year 2018. Consequently, Zofingen will get back on track with substantial contributions to corporate earnings, if based on improved processes and structures, associated with a corresponding mind-set of staff members. This is to the benefit of people working there. By the same token it is of importance for the entire region that has been the home of Siegfried since 1873, the year when Samuel Benoni Siegfried founded the company for supplies to regional pharmacies.

The Mourning for Honorary President Dr. Bernhard A. Siegfried

The passing away of Honorary President Dr. Bernard A. Siegfried completes the circle of members from the founding family that have been actively involved in the company business. Board President Casutt expressed his personal reminiscence of the deceased who died in October 2017 after having shaped the company’s fate in various capacities as representative of the fourth Siegfried generation from 1967 through 2003. As from 1977, in the capacity of CEO, he pursued the opening of the company to the public, including a successive substitution of the family management on the highest executive level. Finally he managed to establish the company at the Swiss Exchange.

In addition, Bernhard Siegfried started other important initiatives, such as the discontinuance of proprietary pharma research and the systematic positioning as a provider organisation for the worldwide pharmaceutical industry, which has become, and continues to be, the key business activity of the corporation. As from 1998, he also presided the Board of Directors. In his honour, shareholders and guests stood up for a minute of silence.

Approvals for all Applications of the Board of Directors

Finally, the shareholders agreed to all applications brought forward by the Board of Directors. They consented to the annual financial statement, formally approved the action of the Board, and agreed to the dividend rise. Likewise, all of the applications on the remuneration of Board of Directors and Executive Board were approved with agreement rates of 88% or more. The assignments of all six Board members were clearly reconfirmed. Andreas Casutt was re-elected as President with 99.9% of votes. This prompted him to make witty reference to historical election results achieved by Erich Honecker, the former Chairman of the DDR Council of State.

The comments given by the generally good-tempered shareholders in conversations during the subsequent bistro table buffet lunch were all unexceptionally positive. So, the shareholders lifted their glasses to drink a toast to the very satisfactory stock price performance. In actual fact, the stock price of the shares increased by almost 50% since early 2016. Thereafter, the general assembly visitors headed to the open air to enjoy the summerlike weather in Zofingen.

Snapshots of the 115th Annual General Assembly of the Siegfried Holding